You probably don’t realise that petrol in the UK already contains up to 5% of a greener renewable fuel called bioethanol. This makes the petrol more environmentally friendly. You’re probably thinking 5% isn’t a lot? Why not more? Good question!

Many other countries throughout the world have 10% bioethanol in their petrol known as E10, or have plans to introduce it soon (See map below). But the UK Government has so far refused to introduce it in the UK. If it did, it would be the emissions savings equivalent of taking 700,000 cars off the road every year. It wouldn’t change anything for you – just pick up the petrol pump and fill up your car as normal.

The Bioethanol going into your car is also mostly produced by British farmers here in the UK, so taking this step would also support British jobs while also improving our energy self sufficiency. Another win-win.

Get behind the campaign to allow E10 to go on sale in the UK by sending a letter and/or tweet to your local MP – we’ve already written you a draft, so all you need to do is click on the buttons below!

We need to catch up

Sweden, Germany and France already have hundreds of pumps where fuel is available with a blend of up to 85%, let alone 10%. Even the US, often cited as the world's least green/petrol mad nations allows pumps to sell bioethanol blends of 10%. 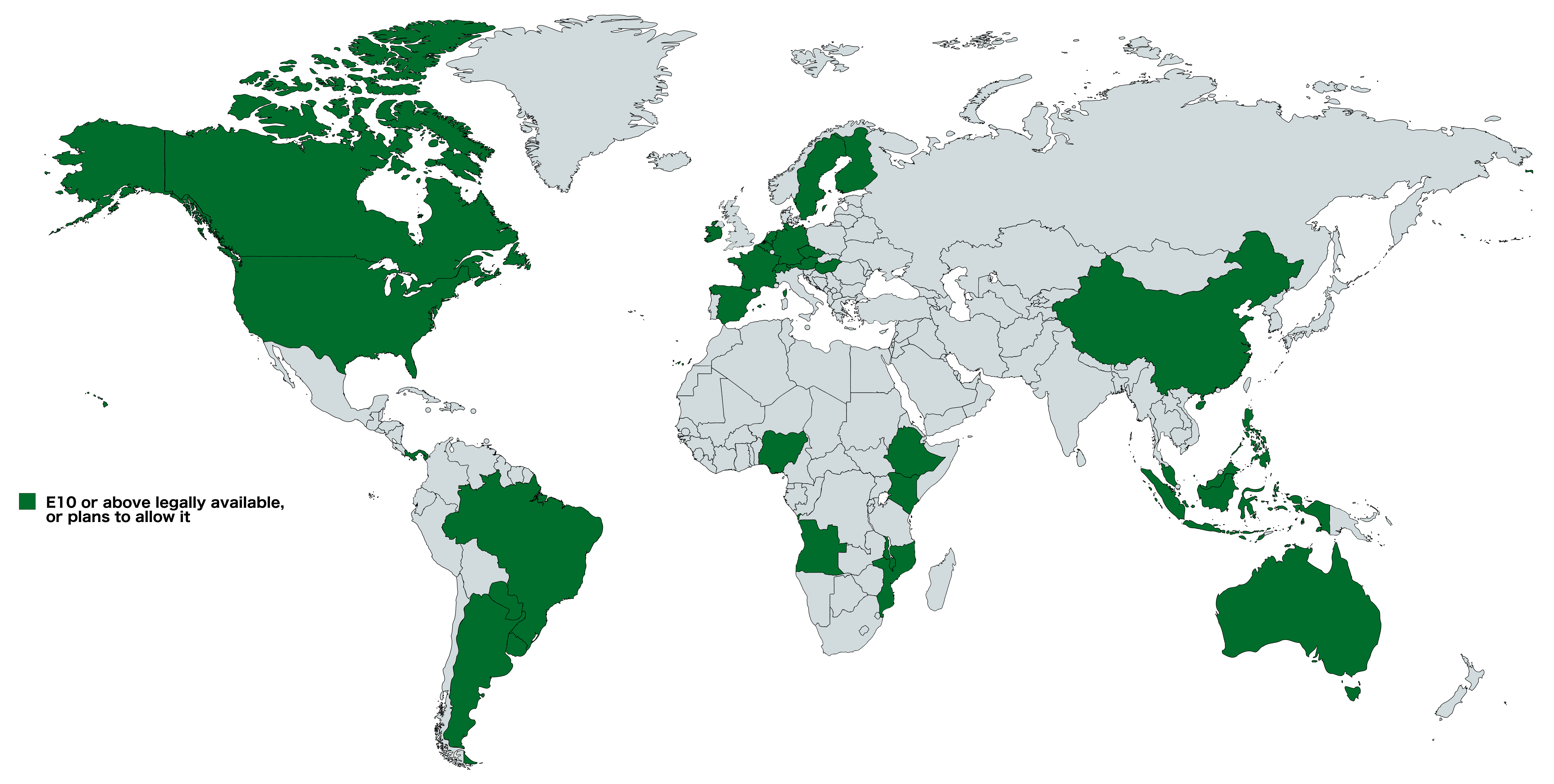 Ask your MP to be 10% good by joining our fight to get E10 introduced at UK pumps: